I have always been something of an aircraft nut. I attended an aeronautics high school and nearly went for my pilot’s license before I eventually went into pastoral work instead.

With that aviation background, I do even today still enjoy keeping abreast of the latest aviation news and I especially enjoy seeing some of the amazing innovations that come out from time to time. From years I have watched the ongoing battle between the two major players in the civil aviation industry: Airbus group and Boeing. I have come to the conclusion that Boeing has always been one step ahead of the Airbus conglomerate.

I believe the greatest example of this is the difference between the enormous A380 superjumbo which, if you’ve seen one, I can guarantee you’ll recognize: (photo: Airbus)

…and the fairly regular looking (to the untrained eye at least) Boeing 787 Dreamliner (photo: The Jakarta Post). 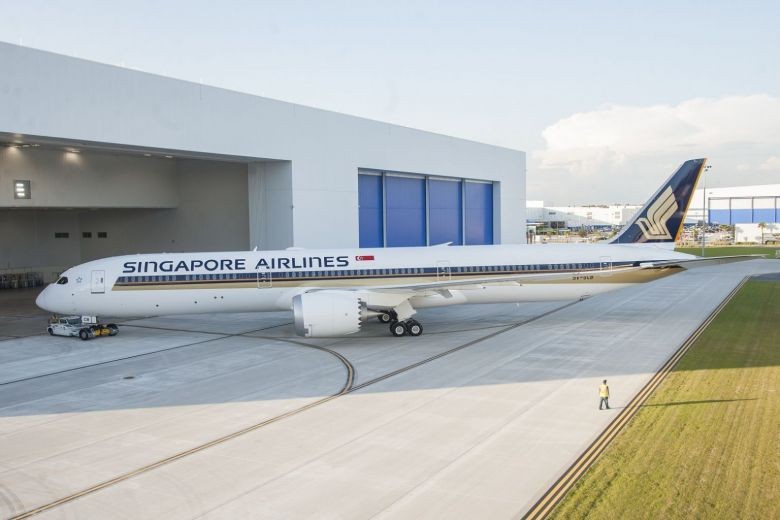 One is enormous. The other less so. But the difference is more than skin deep.

In the early 2000’s the 747-400 was the undisputed queen of the skies. The latest development of the game-changing jumbo jet design, it’s nose was bloodied a little when Airbus fired a shot across the bow, announcing the development of its own superjumbo jet. The A3XX, or later known as the A380. I was astonished that Boeing never committed to either enlarging the 747 design or redesigning a competitor. To be honest, I couldn’t figure out why.

It was clear that they were committed to twin-jet design, especially the huge 777-300ER which has become Boeing’s most successful single aircraft variant since. Someone, somewhere in higher echelons of the company had it in their head that the age of the big 4-engined heavies was going to one day draw to a close.

Meanwhile, all Airbus could think about was getting a slice of the 747’s considerable commercial pie. So they worked on the A380. This machine is a marvel of modern engineering because (and this is crucial) it stretched the capabilities of the traditional materials of aircraft manufacturing to their absolute limit. Engineers actually managed to squeeze a double-deck from nose to tail capable of carrying up to 800 people into essentially an aluminum tube. Moreover, the A380’s design, build, testing and certification phases all went relatively without a hitch. There we no massive faults discovered, and the type has had an amazing safety record.

Meanwhile, the 787 Dreamliner took 5 years longer to develop than it was meant to. It has been plagued with issues from the day of its conception. thousands of components had to be constantly redesigned and even as I write this, in spite of the fact that it has been in service since 2011, a quarter of the world’s 787 fleet is essentially grounded due to systemic problems with the Rolls Royce Trent 1000 powerplants. It too was a marvel of engineering, but a messy, annoying and frustrating marvel for one reason alone.

The 787 was not designed to extract the maximum performance from tratitional materials no, the 787 was designed to utilize completely new materials for the first time. Ever. It is over 53% composite-carbon fiber. In case you don’t know, that is enormous for the future of aircraft. It’s a game changer in a different way. Aircraft will never be built with the same materials again. (and this has indeed been the case with subsequent designs from both Boeing and Airbus.)

‘Big Bertha’ A380 was seamless in her conception and birth, cantankerous 787 has been a thorn in the flesh. Oh, and there’s one more difference that I forgot to mention.

The A380 never made money. All current orders including those already built total 301 at the time of typing. Over half of these are from the one airline; Emirates. It’s fair to say that had it not been for Emirates, Airbus could have gone broke. 300 is less than a 3rd of Airbus’ projections. A380 production has slowed to a trickle whilst the A350 (essentially the Airbus version of the 787 fancy that) has been developed, built and rushed into service 5 years after the 787 and already has 3 times as many orders as the A380. Meanwhile, in spite of the pain in the butt that it’s been, the 787 Dreamliner has nearly 1400. One Thousand Four Hundred. It’s only been flying 7 years.

Airbus thought they could rule the skies by essentially refining tried and tested materials and a business plan from the 90’s. (High capacity jets flying to hubs) Boeing saw the blitz coming and realized that they could rule the skies by throwing the existing rulebook in the bin when it came to engineering and bet on the fact that it’s cheaper to fly a hyper-efficient twin-jet with super long range directly point to point. Airlines are businesses, after all, they’re always going to go for the cheaper option right?

So what’s the point? The point is this true innovation is always more painful than simply refining existing ideas. It takes more bravery too. But it’s worth it in the long run.

I never got involved in aviation, I’m a pastor and I love what I do but I also think there are some lessons here that churches need to listen to. I believe we are at risk of producing feats of organizational engineering for a ‘market’ that is essentially going the way of the dodo.

This is your ex-youth pastor speaking; millennials don’t care about the ‘institutional goals and vision’ of your church. They crave safe, open and approachable spaces to wrestle with spiritual concepts put forward in scripture. They’ll know in 5 minutes if we’re genuine about our vision anyway, so we really shouldn’t put anything stated anywhere up in public that people wouldn’t be able to get a sense of by being in the space anyway. In fact, there’s more and more skepticism around institutions in the age of royal commissions every day. There’s a funky cafe near me that has graffitied on its polished concrete floor: ‘Don’t follow leaders’, and yet it seems that there are still books being sold on the ’10 steps to growing your church’ approach. (By the way, can someone please organize a debate between Skye Jethani and Carey Nieuwhof?)

No, another Alpha course is not going to get the 15% on the fringe of your church, converted, discipled and involved. Only the old-school, long-term, annoyingly messy life on life, 3 steps forward, 2 steps back way of doing ministry is going to work because there are So. Many. People. That are now completely allergic to anything that they sense to be an automated discipleship conveyor belt.

Blogger Steve McAlpine talks of the church so often being a day late and a dollar short on so many fronts. My worry is when it comes to this one, embracing and refining someone else’s idea is going to cost lives when all the time we could have been listening to the one whose blessings are NEW every morning.